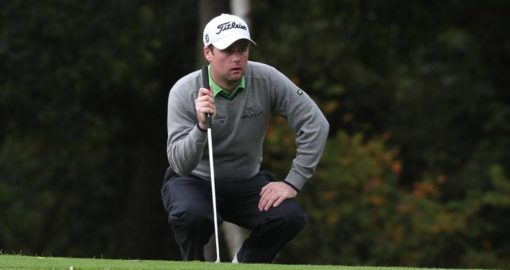 Our sponsored golfer, Jonathan Caldwell from Clandeboye Golf Club, Northern Ireland, will play at the top level of European golf next year after sensationally securing his European Tour card for 2020 in Spain.

It means that Jonathan will tee-off alongside world-class competitors such the 148th Open champion, Shane Lowry, and World Number Two, Rory McIlroy, for big prize money.

Jonathan finished in the top 25 at Qualifying School at Lumine Golf club in Tarragona in Spain. His excellent display saw his come in 13-under-par which was comfortably inside the threshold.

In total, 158 golfers competed across six tough rounds for only 25 cards. He made Monday’s four-round cut at seven-under-par followed by 69 on Tuesday which was eclipsed on Wednesday when he carded a hugely impressive 67 to earn his spot on the main tour next year.

Woodgate Aviation’s Operations Manager, Keith McKay, himself a keen golfer, said Jonathan’s achievement was straight out of the top drawer. 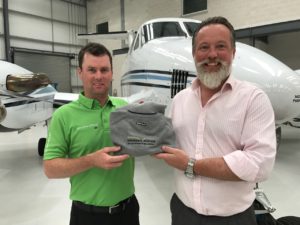 Keith said: “He has bags of potential and is an outstanding ‘ brand ambassador’ both for the game of golf and, of course, Woodgate Aviation. To finish inside the top 25 at Qualifying School will give him great encouragement to go one further, and we will be rooting for him all the way.”

“It’s going to be a great Christmas for Jonathan and his family.  This is a coveted spot and it places him in with the elite, the very best in the game. We wish him every success and look forward to seeing him compete at the top level in 2020.”

For his part, the County Down pro was naturally and understandably elated.

Jonathan featured on the third-tier EuroPro Tour this season where he finished seventh in the Order of Merit.

It’s the second time Jonathan has come through Q-School to earn his card. The last time was in 2008. To retain his card for 2021, he will have to finish in the top 115 on the Race to Dubai standings.

In order to retain his card for 2021, the Clandeboye man will have to finish in the top-115 on the 2020 Race to Dubai standings, which will require him to earn around 400 points across the season.

During his younger days, Jonathan played with Rory McIlroy in the Walker Cup.